Cookies are used here so we can continue to provide the excellent service. If you had read and agreed to our Cookie Policy press OK. OK
Best Ways to Write the Movie Reviews 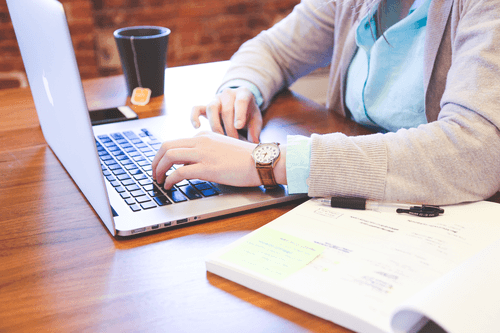 Movie reviews, in a nutshell, describe and evaluate a movie. These reviews are typically written by journalists, who give their opinion on the movie. Although, any other person can write movies reviews, like a film enthusiast or a student fulfilling an academic requirement.

Writing a movie review basically helps readers determine whether to watch the movie or not by giving them an overview of what the movie is about without spoiling them of the important plot points. It assesses a film’s overall quality including the storyline, performances of the cast, and other technical elements.

While it is fairly easy to write a movie review, there are certain factors a writer should take note of in order to be able to craft a good movie review. The following tips can serve as guidelines on how a movie review can be written in the best way possible:

Gather basic facts about the movie including the correct and complete title of the film, and the year it came out (some movies have the same title so it’s better to include the year to know which version of the movie you are writing a review of), the producer’s and director’s names, and the cast. Watch the whole film more than once. You can choose to watch it the first time without doing anything else other than to enjoy it. And then watch it again but, this time, take notes on both the little and big things you would like to include in your review – whether it be a compelling scene or a technical aspect of the film. You can even choose to watch it a third time to make sure you did not miss a thing or two that you would want to be included in the review. You would be surprised to know that there will always be something new you did not notice previously. As you go along, make sure to take notes on the mechanics such as its direction, cinematography, writing, editing, costume and set designs, and soundtrack.

Among the many aspects you have observed while watching the movie, select a central idea where your review will revolve in. After all, a good movie review is like any other written document – it has to be cohesive for your readers not to get confused and have a full understanding of what you are trying to communicate. You can choose to start off by describing the most compelling scene. Make them feel like they are watching the movie, too, as they read on. Your lead must be able to tell the readers what they are up to as they move forward with their review. That is, establish your opinion of the movie early on. Do not leave them guessing if you liked the movie or not. Establishing your stand at the start and spend the rest of the review supporting that stand. Most reviews use stars and rating as a quick way to show whether you recommend it or not.

Of course, do not forget the golden rule: do not spoil your readers. Make sure you are not giving away too much information that will ruin the movie for them. A tip on how to tell the story would be to include actors’ names in parentheses right after their character names. It will help the readers identify which is which, especially for those who are really bad at memorizing names. It is important to note that you will not be the only one writing a review of the movie so your readers would have probably read a review or two already beforehand. In which case, it could be useful to move beyond the obvious plot analysis or any aspect that a typical writer would probably write about a film. Keep your readers interested and write something new about it. Say, its cinematography, the tone of the movie, its music and sound, or even the acting of the cast. You can maybe focus on the historical background of the movie and why it was filmed in the first place.

As for your writing style, try to keep it as simple as possible. If you are writing for a specific audience, know who they are so you know how to write your review accordingly. Avoid using technical terms or jargons, and assume that not all readers are familiar with the film industry. Like any other written document, too, make sure to provide both facts and opinion to keep your movie review as informative as impossible. Additionally, providing the facts will substantiate your opinions. This way, your readers will have an understanding of where you are coming from, and will not take it as rubbish. Finally, wrap it up with a conclusion that will confirm or support your lead. Do not forget that the main objective of readers in reading your movie review is to find out if it is something they should watch or not. So make sure you end it with something that can help them make the decision.

The first thing you should do after finishing your movie review is to edit it. Read it through and see if it is cohesive and consistent. Editing means you will have to shift paragraphs around to ensure that it has the right structure, delete and add sentences accordingly, and rewrite lines which appear to be stunted. Edit it more than once until you feel that it is ripe for release and editorially sound. Part of the editing is proofreading your review. Make sure your facts are correct. Clean up typos, grammatical errors, and spelling errors. A well-researched and well-written movie review gives it some sense of credibility.

When you are done finalizing your movie review, submit it to your publisher, if any, or post in on your social media for people to read it. You can post it on your blog, or on your Facebook account. Remember that people are going to have different opinions on your movie review so prepare yourself for some mixed feedback.

Place an order
Thank you!

Password recovery instructions have been sent to your email

Check them to proceed!